The Woolpack Pub & Kitchen dates back to the 1700s and was originally the home of John Shaw Esquire, a local dignitary.

Batemans bought The Woolpack Pub & Kitchen in 1990 (at that time named the Woolpack Hotel) from Home Brewery in Nottingham having just won their battle to retain independence. Batemans had very little cash available and therefore bought the pub on an old-fashioned agreement which committed Batemans to buy a minimum volume of beer from Home Brewery over a number of years and in return they ‘gave’ the pub to Batemans.

The pub had only just recently been repaired after a fire had taken the roof off. Batemans always wanted The Woolpack Pub & Kitchen due to its magnificent presence overlooking the historic Wainfleet Market Place and the Wainfleet Medieval Butter Cross where John Wesley once preached and the clock tower.

Wainfleet All Saints, to use its full name, sits near the site of the Roman settlement Vainono, which was unearthed following the discovery of Roman coins in the area.

Wainfleet certainly existed by 1086, as it was mentioned in the Domesday Book. During medieval times, the town was a busy port; but the silting of the River Steeping put paid to that. 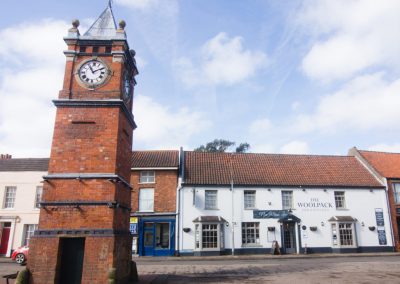 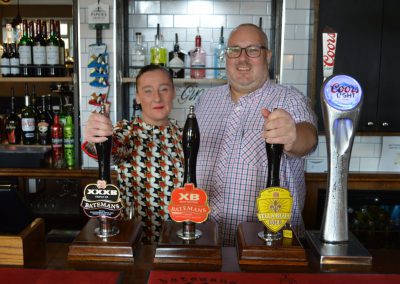 Wainfleet train station is five minutes’ walk away, with regular links to Skegness, Boston and Nottingham. If you need to local taxi number, just ask.